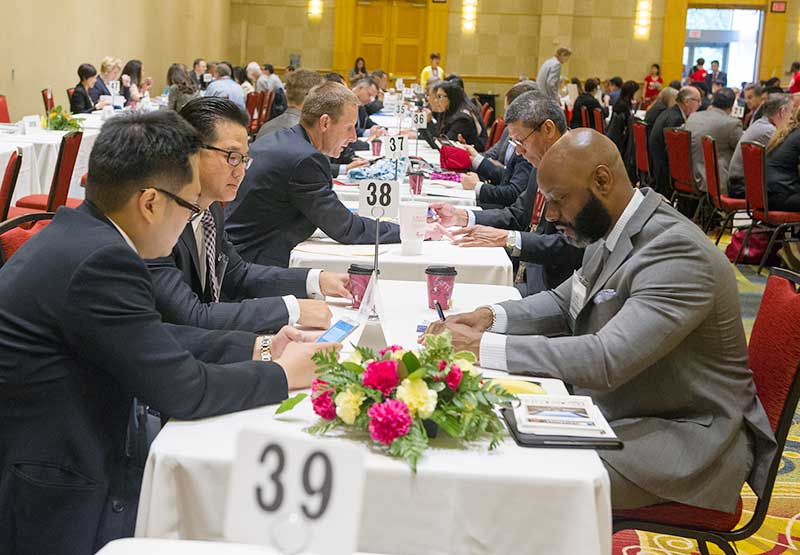 In 1999, USPAACC introduced the One-on-One Prescheduled Business Match-Making Program to bring together Asian American businesses, corporations and government agencies, in order to increase the success rate and opportunities for Asian Americans in the procurement market.

Since then, the program has successfully linked thousands of large, medium and small businesses to major corporations and federal, state, and local government agencies, leading to contract awards. This event was so innovative and unique to the market when first introduced that it has since been replicated by other national organizations of similar goals.

Held regularly in key cities nationwide, USPAACC brings top-level speakers from Corporate America and the Federal Government, along with successful business owners, to discuss relevant issues and challenges in order to come up with viable solutions and apply proven strategies to ensure business growth. 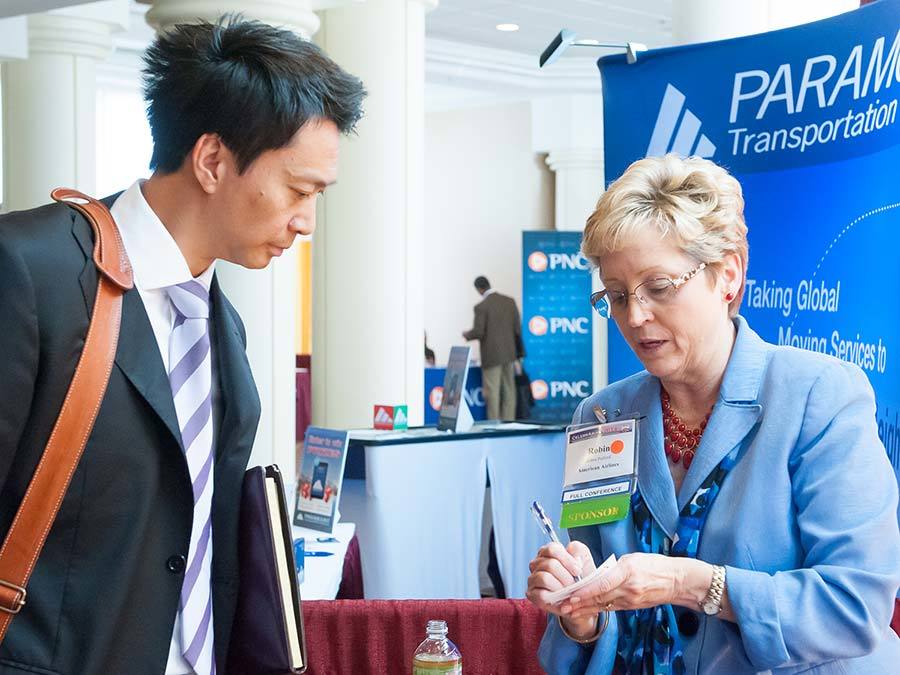 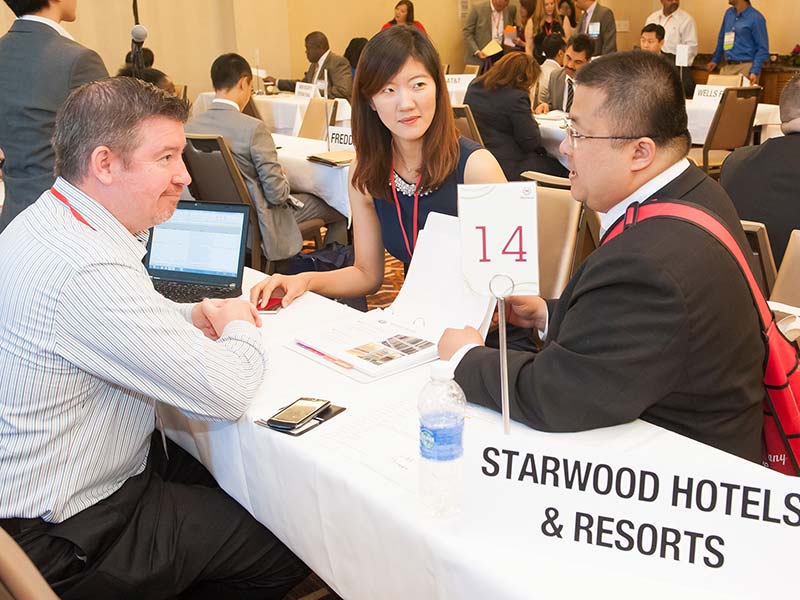 USPAACC’s certification is recognized by Fortune corporations, and is as thorough and complex as other well-known minority certification processes conducted by other national organizations, including NMSDC and WBENC.

Certified members have the advantage of being selected for consideration for minority contract opportunities when they become available. Over the course of 33-years, USPAACC has leveraged its strong ties and relationships with prime contractors and Federal agencies to successfully match our supplier members with Fortune corporations and Government agencies.

Learn more about the USPAACC Certification

Our goal is to strengthen the “global guanxi*,” connecting people with common business interests to establish and reaffirm relationships in a part of the world where personal contacts are very important. 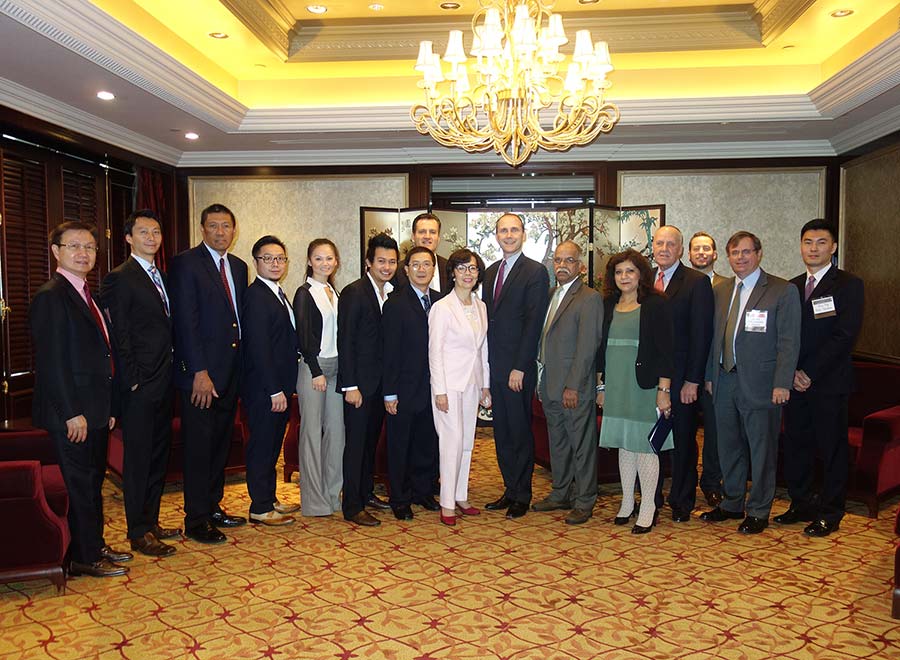 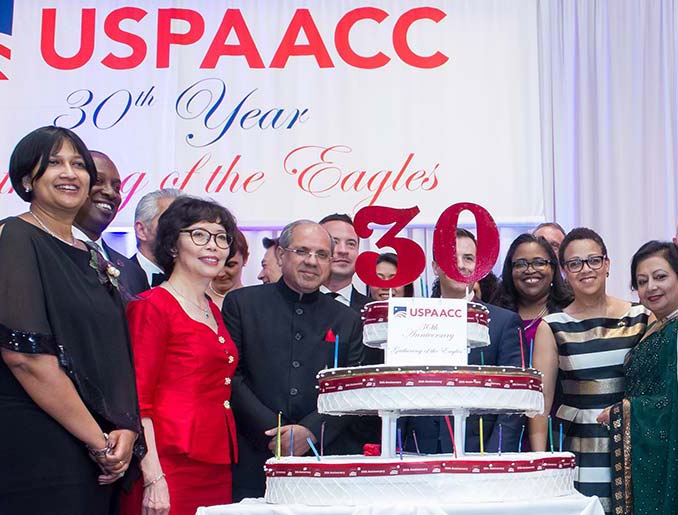 CelebrAsian is the country’s largest B2B procurement conference convened by pan Asian American businesses to connect with small, medium and large enterprises. Every year, this event gathers together a veritable "who's who" in the business community across the country – representing diverse industries, top-notch speakers, industry leaders and visionaries, and high-performance business owners.

Please visit our Procurement Conference Website to see the highlights of this year’s event.

USPAACC extended Fast 50 to Fast 100 for 2015 in alliance with our 30th Anniversary to celebrate the success of an even larger group of Asian American Businesses!

We recognize the continued robust growth of Asian American-owned businesses—even during tough economic times—and regard this as a testament to the enduring quality of Asian Americans who, through innovation, hard work and ingenuity, remain at the forefront as engines of growth in our national economy.​ 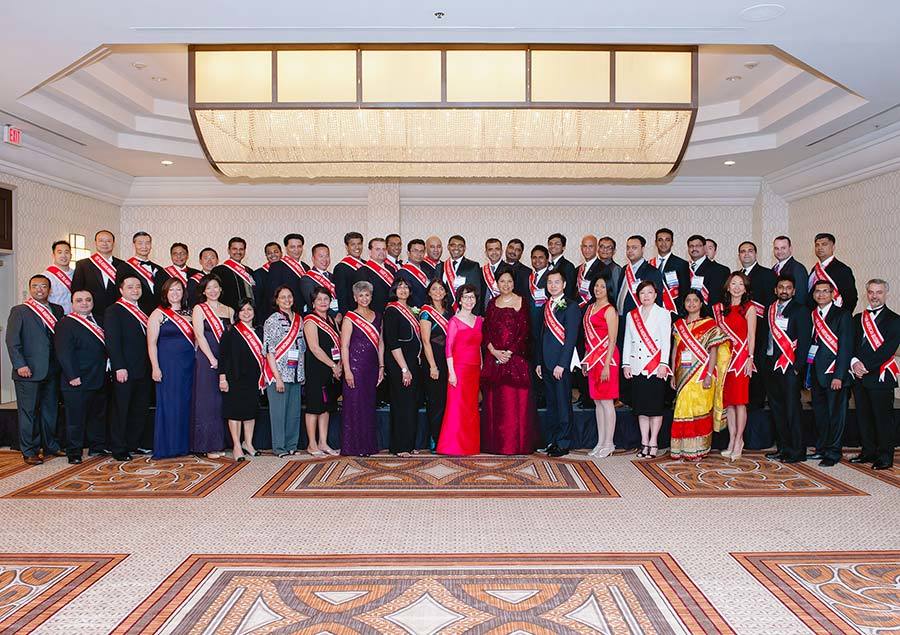 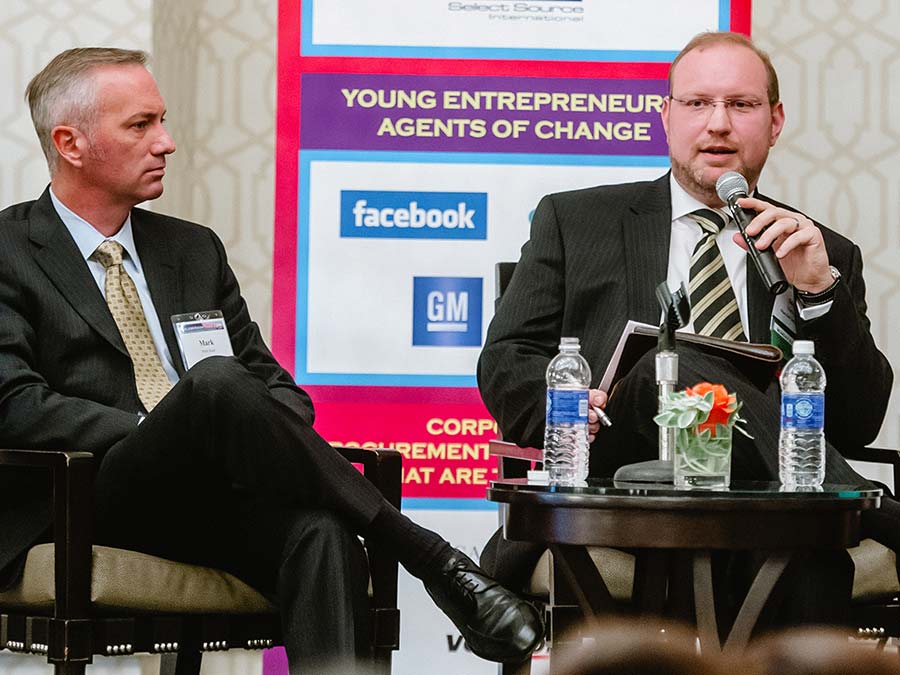 USPAACC’s Chief Procurement Officer’s Forum (CPO Forum) brings together Fortune 500 & major nonprofit organizations’ procurement officers to discuss domestic and global trends in the supply chain, issues and challenges facing the business community in the U.S, and the roles that small- and medium- size companies could play in this changing market for mutually beneficial outcomes.

First established in 2011, the CPO Forum has become one of the most anticipated programs at our annual national CelebrAsian Procurement Conference, and a talk-of-the-town in the Procurement and Supplier Diversity Community. To date, we engaged the wisdom and experience of the following esteemed executives:

Becoming a member of this elite class takes hard work, perseverance, immense leadership capabilities and guts—which is why Asian Americans are still underrepresented, despite having a strong success rate in business and a high-education status. USPAACC takes the initiative to herald the very few who hold these important positions in Public companies. Award recipients are given recognition at the annual CelebrAsian Procurement Conference during the Excellence Awards Gala & Dinner. Our Honorees include: 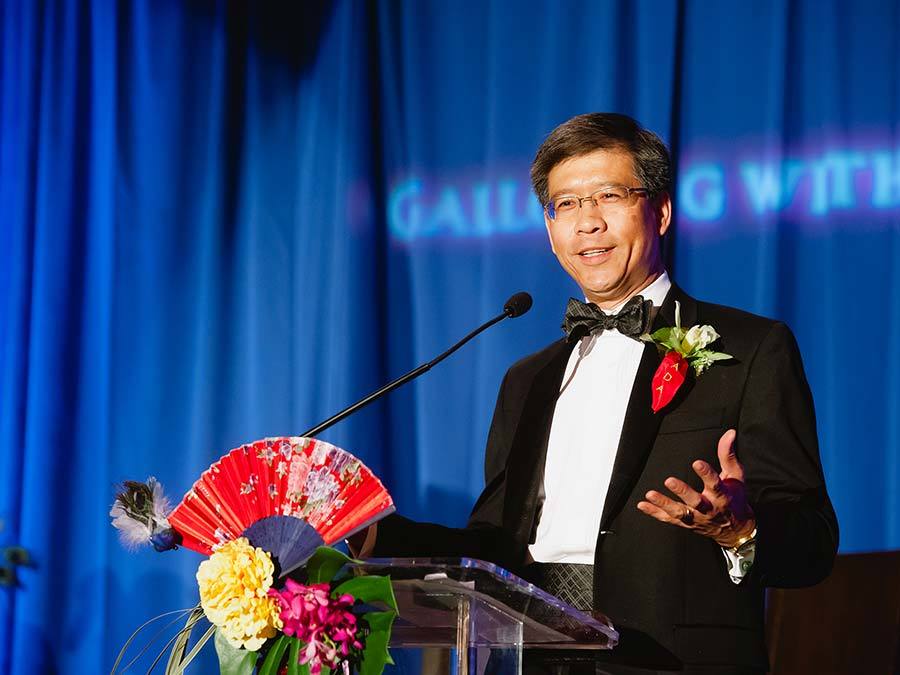 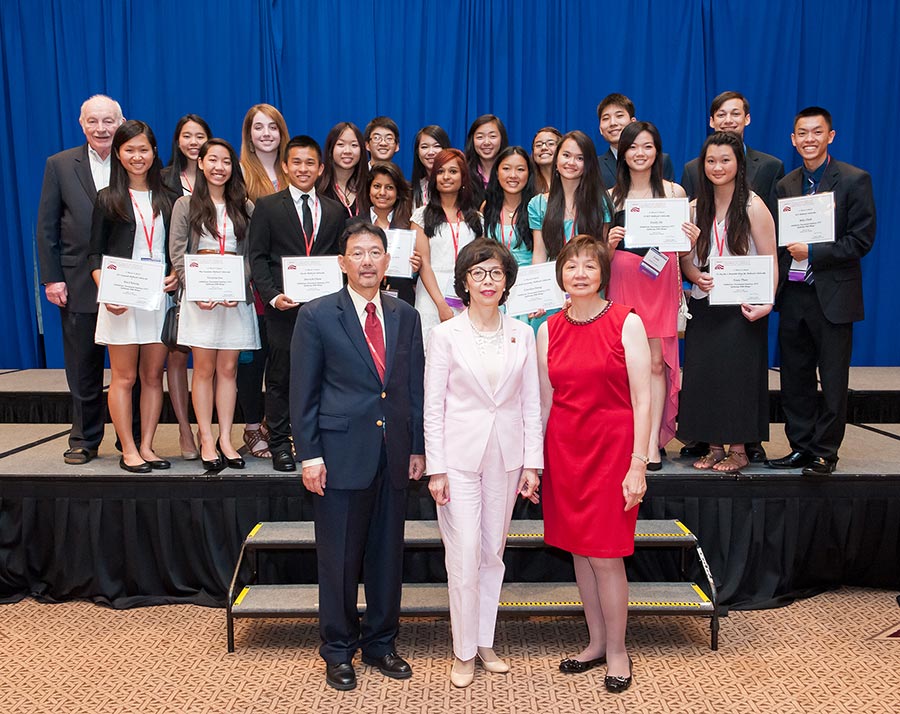 USPAACC strongly believes in investing in our future leaders. Since 1989, over a million dollars in scholarship benefits have been awarded through USPAACC.

Major corporations have established their hallmark scholarships with USPAACC, and Asian American businesses have stepped forward to endow their own-named scholarships. Today, approximately 15-20 scholarships ranging from $2,500 to $5,000 each have been awarded every year to high school seniors nationwide for their post-secondary education. Over 3,000 applications are received annually.

Over the course of sixteen (16) live webinar sessions, participants will explore current issues in the small and minority business community related to starting, managing and growing an entrepreneurial venture. Each webinar session will have a Guest Speaker and a topical focus. At the end of the webinar series, participants will have a better understanding of key management know-hows and ideas that will help them to grow their business, or new business idea, into the mainstream marketplace in the U.S., Asia, and/or the Indian Sub-continent. 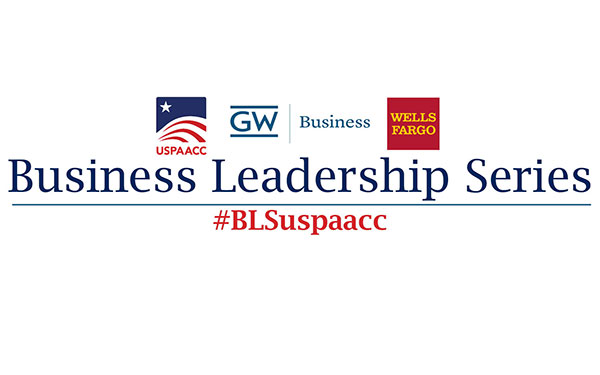 Business Express is an annual business executive coaching program, specifically created to help small- and medium-sized Asian American and other minority businesses take their business to the next level of growth.

Inaugurated in 2011 by Wells Fargo, Business Express was created for companies with at least $1 million in annual sales and that have been in business for at least 3 years. In the two-day workshop, business owners get a clear perspective of their own business, the critical ingredients for efficient and effective operation, develop their own road map for growth and healthy bottom line and learn how to become a good leader their business needs to grow.

USPAACC is the oldest and largest national organization representing the Pan Asian American business and professional community in the United States.

Since its founding in the nation’s capital in 1984, USPAACC has developed connections and relationships with policy- and decision-makers in Congress, the Executive Branch, national trade associations, and think tanks. Our views on issues affecting the economy and international trade are often sought by legislators, researchers and representatives of the media.

USPAACC is just as strongly tied to the Asian American and minority business and professional communities throughout the nation; it has regional chapters in California, Texas, Georgia, Illinois, New York, and in Washington, DC-Maryland-Virginia in the National Capital area. Through this coast-to-coast network, the USPAACC team stays abreast of issues and opinions, both at the grassroots and national levels.

Meet and discuss with the nation’s lawmakers important and relevant issues that impact your business. Operating from our national headquarters in Washington, DC, USPAACC has easy access to Capitol Hill, where legislative briefings are held and our members’ concerns are regularly presented and discussed. 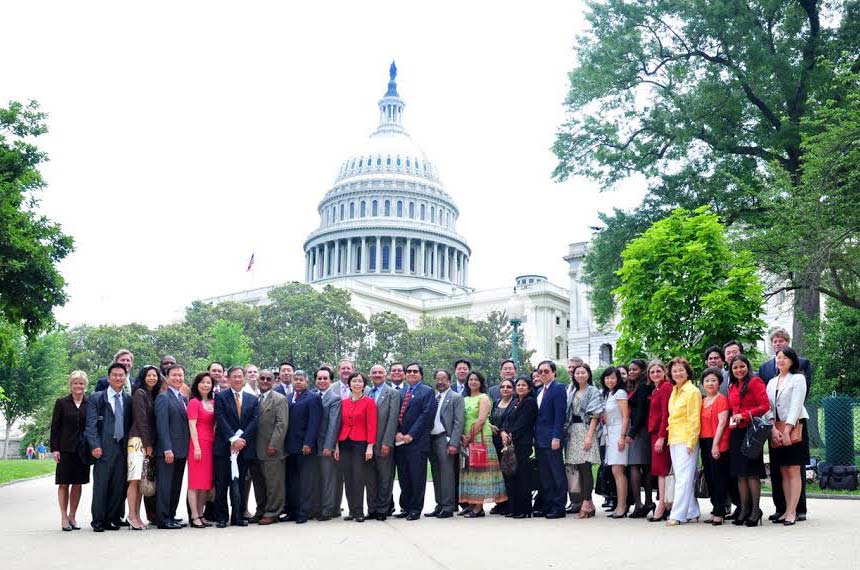 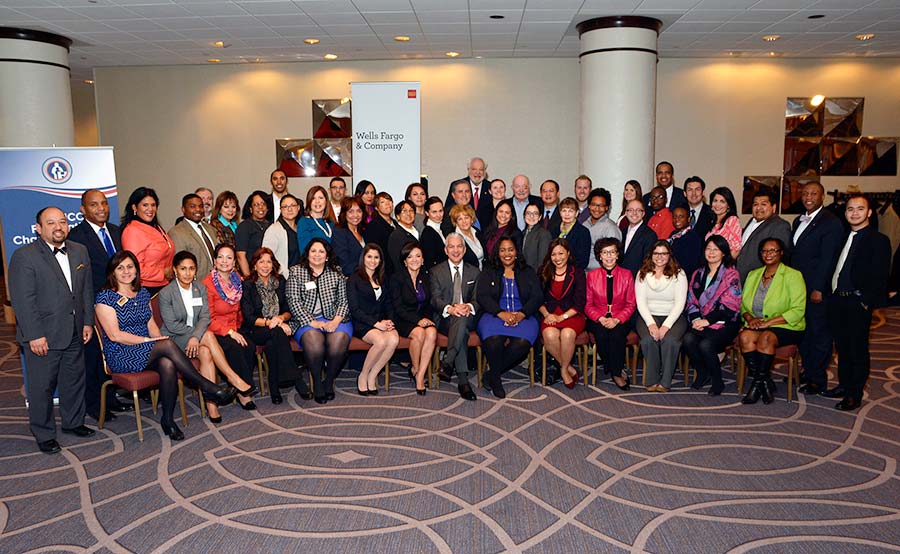 The Chamber Training Institute program, exclusively sponsored by Wells Fargo, and presented by four partners: USHCC, U.S. Black Chamber, NGLCC and USPAACC, offers chamber leaders and Board of Directors a free, two-day, world-class learning experience to develop business and managerial skills across a wide range of topics. Since 2010, over 700 chamber leaders from across the country have participated in the program, returning to their communities to foster the growth and prosperity of small businesses. Six training sessions are planned throughout 2015.